POP Fransis “Homosexuality Is Not Bad, Homosexuals Are Children Of God” 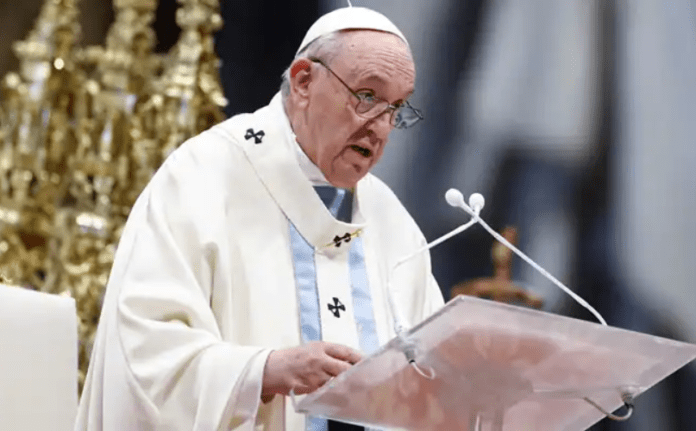 Pope Francis, the head of the Catholic Church, has now called on parents to refrain from condemning their children for being gay.
The pope advised parents not to see sexual orientation in their children and instead accompany them in their journey.

He was speaking at his weekly general audience on Wednesday, January 26.

The Pope has also previously showed his support for the gay community when he drummed up support for civil union law for same-sex couple to be legalized sometime in 2020.

He further termed people from the LGBTQ community as children of God who have the right to be in a family.

“You can’t kick someone out of a family, nor make their life miserable for this. What we have to have is a civil union law; that way they are legally covered,” the Pope said.

“Homosexual people have the right to be in a family. They are children of God.”

The Education CS said homosexual students ought to be restricted to day schools close to their homes.

“Right now, there are contemporary cases of children who are homosexual and lesbians, they must go to day schools close to their homes. Your responsibility should be for the greater majority and not a few individuals. Do not allow yourself to be intimidated by children,” said CS Magoha.

His remarks sparked a lot of comments with a section of Kenyans online criticizing the CS’s outlandish views.

“There are no gay learners in schools just learners. Disturbing remarks from Magoha,” said Eli Tele

“Can we not discriminate people because of their sexual orientation,” Garnier West stated…