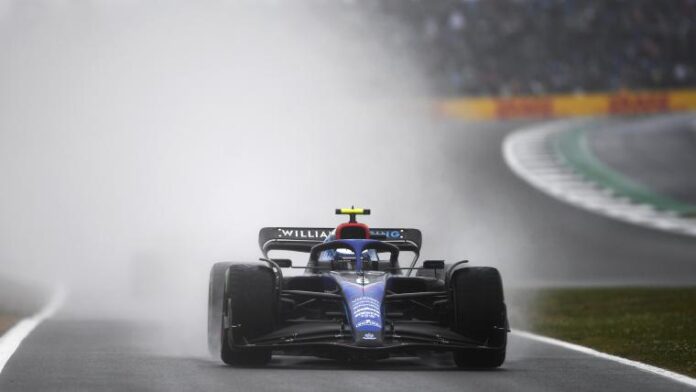 Carlos Sainz became the 104th driver in Formula One history to take pole position as he pipped Red Bull’s Max Verstappen to the top spot during qualifying for the 2022 British Grand Prix.

In tricky conditions, the Spaniard held his nerve when it mattered most as Ferrari took the top spot in their bid to break a sequence of six Red Bull race wins in a row.

Due to the wet weather conditions, it all ended up coming down to the last lap on an ever drier track as Verstappen looked set to claim his fourth pole position of the season. Instead, Sainz put together an impressive lap to snatch away the top spot by just 0.072 seconds.

His teammate Charles Leclerc helped as he suffered a spin on his final lap which meant Verstappen had to slow under yellow flags, though that won’t matter to Sainz who’ll start tomorrow’s race in P1.

Fernando Alonso put his Alpine into P7 whilst Mercedes’ George Russell will have been disappointed to finish in P8. Alfa Romeo’s Zhou Guanyu ended qualifying in P9 whilst Williams’ Nicholas Latifi stunned the field to claim P10 – his joint-best ever qualifying result.

Here is the classification for qualifying for the 2022 British Grand Prix. Barring any late interventions from race stewards, this is how they will line up:

END OF Q3: CARLOS SAINZ TAKES POLE POSITION!!The Spanish driver is on pole forr the first time in his Formula One careee. What a remarkable turn of events at Silverstone.

Leclerc spins on the final lap which looks to have slowed Verstappen down in turn due to the yellow flags. The Dutch driver will start P2 on the grid with Leclerc P3.