Home Celebrity News SHAKILA'S DISS TO WILLY PAUL WILL GIVE YOU CANCER AS IT DROPS...
Celebrity NewsNews UpdatesPopularTrending Now 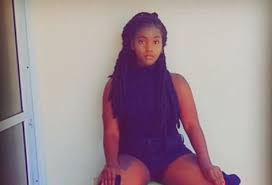 Shakila has been having an ongoing one-sided beef with Willy Paul and she decided that rather than let things die while he is already miles ahead of her, she would continue to drill herself into a deeper hole. Gerrit?

Anyway, Shakila decided to release a diss track aimed at Willy Paul who said the fact she slept around as a call girl means her lady bits are elephantine (her own admission led him to make that claim) and to her credit, rather than blow a vein, she instead decided to agree and amplify but the problem is, she just doesn’t have the talent for the response she chose to give.

In order for you to respond in a song to an opponent, the bare minimum of what you need is talent. At least be able to rap or sing better than the sound of two cats in the heat doing the mating cry and dance.

Also, it would help if your producer knew a sound engineer who could help the song sound like it wasn’t made in 2002 by one of the many Calif records clones that sprung up.

Maureen Waititu and Shakila: How to spot women with daddy issues

The song for me was on par with having my pubes stuck on my ripper before I even get to pull out my wang to take a piss. It is a horrible song. The video too was probably shot on someone’s crappy cellphone and Shakila decided to distract us from its piss poor quality by performing one of the worst twerks you have ever seen. Maybe I am being harsh to someone who is making her first song along with unknown collaborators or maybe I am just being honest about how crappy the song is.

This is not the type of thing Shakilla should want to be associated with because it is an unholy mess that can only be exercised by the most potent anti-demon elixir that sadly doesn’t exist within our reality. If I am going overboard then you be; I have that simply because you have not heard it. There is no way for me to describe this song other than to say that it is as bad as abject poverty.

I for one hope that Willy Paul doesn’t respond to this unholy mess, I hope she simply disappears from the cognitive memory of Kenya’s entertainment industry. But seeing as she is clearly hungry for attention, all I can hope is that she should either somehow grow some talent or maybe just give up and focus on making more stupid declarations of prostitution because we cannot be forced to endure more of this banshee’s nonsense “music”.